The Chap Live At Home

At the end of an awful year, The Chap have made a very good film. A unique, exhilarating and multilayered take on that questionable cultural legacy of 2020: the self-isolation concert video. In the process, the band underwent a self-taught crash course in syncing and editing over ten hours of video and audio material into an exciting one hour nine-screen lo-fi blockbuster. They learned a lot about Go-Pro cameras and about integrating showers, kitchen sinks and Spaghetti Bolognese into a dynamic rock performance. And they realised how much they had been missing spending time and performing together.

As one would expect from The Chap, “The Chap Live At Home”, is an emotional journey joining pop songs with rock power, disco moves with noise improv bursts, sadness with silliness, friendship with separation, home improvement with great-looking shorts.

Upon releasing their seventh full-length album, “Digital Technology”, in January 2020, The Chap managed to play a short 7-date tour of Germany before you-know-what forced them to cancel all further touring. So when they were asked to appear at this year’s edition of the Contemporary Art Festival of León (FIACmx), Mexico, they jumped at the chance to create something very special: a video version of that current live set, made up of songs from “Digital Technology” as well as a few key Chap classics.

Since some members of the Chap live in London and others in Berlin, getting together in front of a camera to perform a “normal” gig was impossible. Instead, on 5 November 2020, at 9pm Central Mexican Time, a small, socially-distanced live audience in León were treated to a nine-screen visual extravaganza that’s part musical video conference, part rock concert movie: for the video, wearing Go Pro cameras on their heads, each half of the band performed the instrumental tracks while filming each other. They then filmed themselves performing the vocals in domestic or outdoor settings.

Much more than the usual recorded live performance in a non-distinct room we have become accustomed to, this multi-perspective film tells the weird domestic story of all of us right now – via The Chap’s freakish intensity and edge. 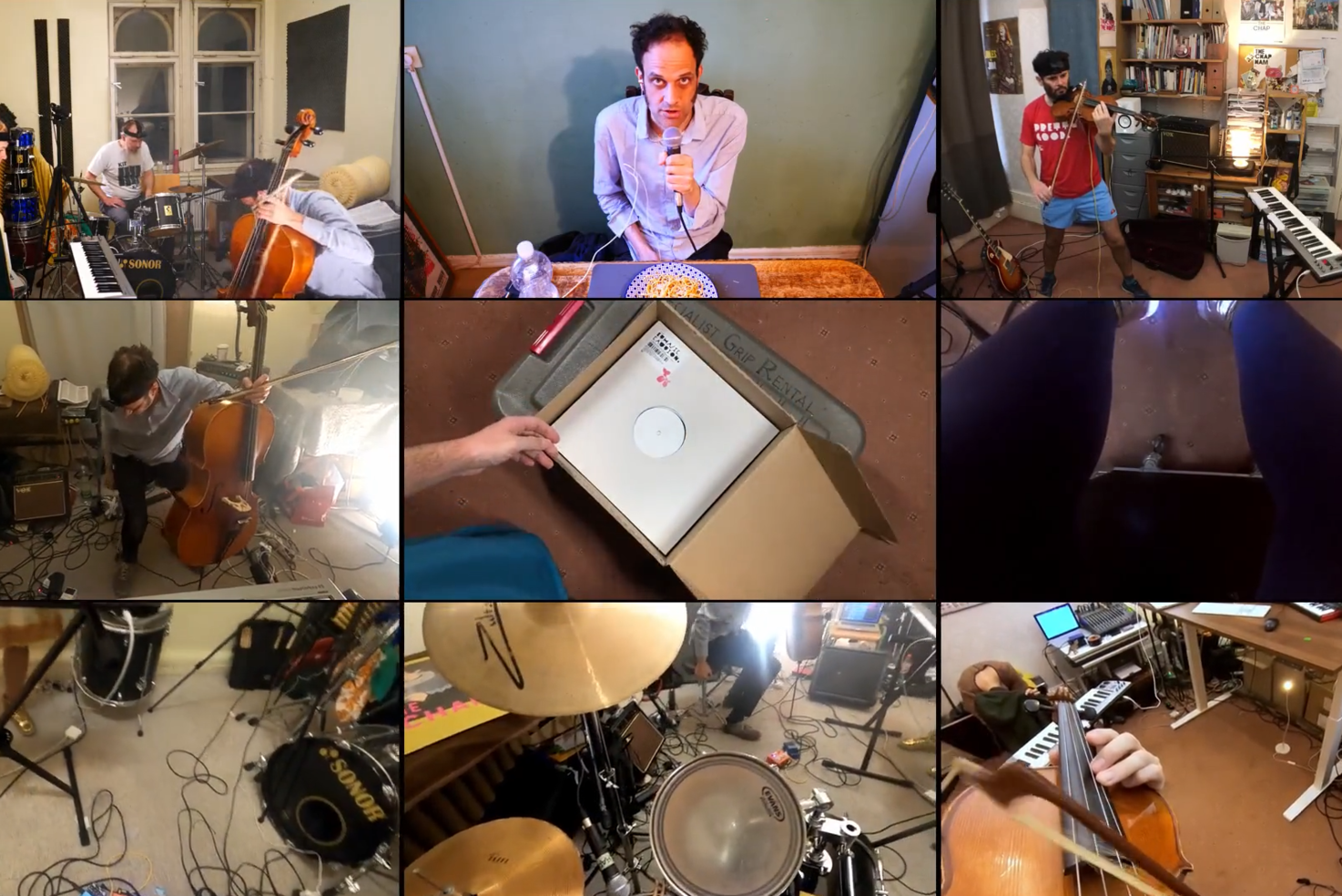