In a five-hour tutorial and gaming session, the players will spend time together with experts Aurelia Moniak and Trakal on a virtual farm in Brandenburg. The game and its environment are explored with the help of a series of field research tools that have been adapted for a digital landscape. After a shared break, in the “Gaming Session” Anne de Boer and Eloïse Bonneviot will discuss the various aspects of agriculture today and the effects of industrialisation on rural spaces in Europe following the Second World War together with the players and experts while playfully managing the farm.

Aurelia Moniak, born in 1989 in Berlin, studied nutritional sciences and agricultural management and has since been working on sustainable agriculture and agricultural communication. She has worked for various actors in the sector – between farms and industrial enterprises, between lobby groups and public media. She is on the lookout for concepts and innovations that improve agriculture for the majority and not just for a few. And this away from the common narratives that prevail in our society about agriculture. In 2022, her team at DRIVE beta won the VDAJ Communications Award for the Youtube format “Hundert Hektar Heimat” (MDR/funk). 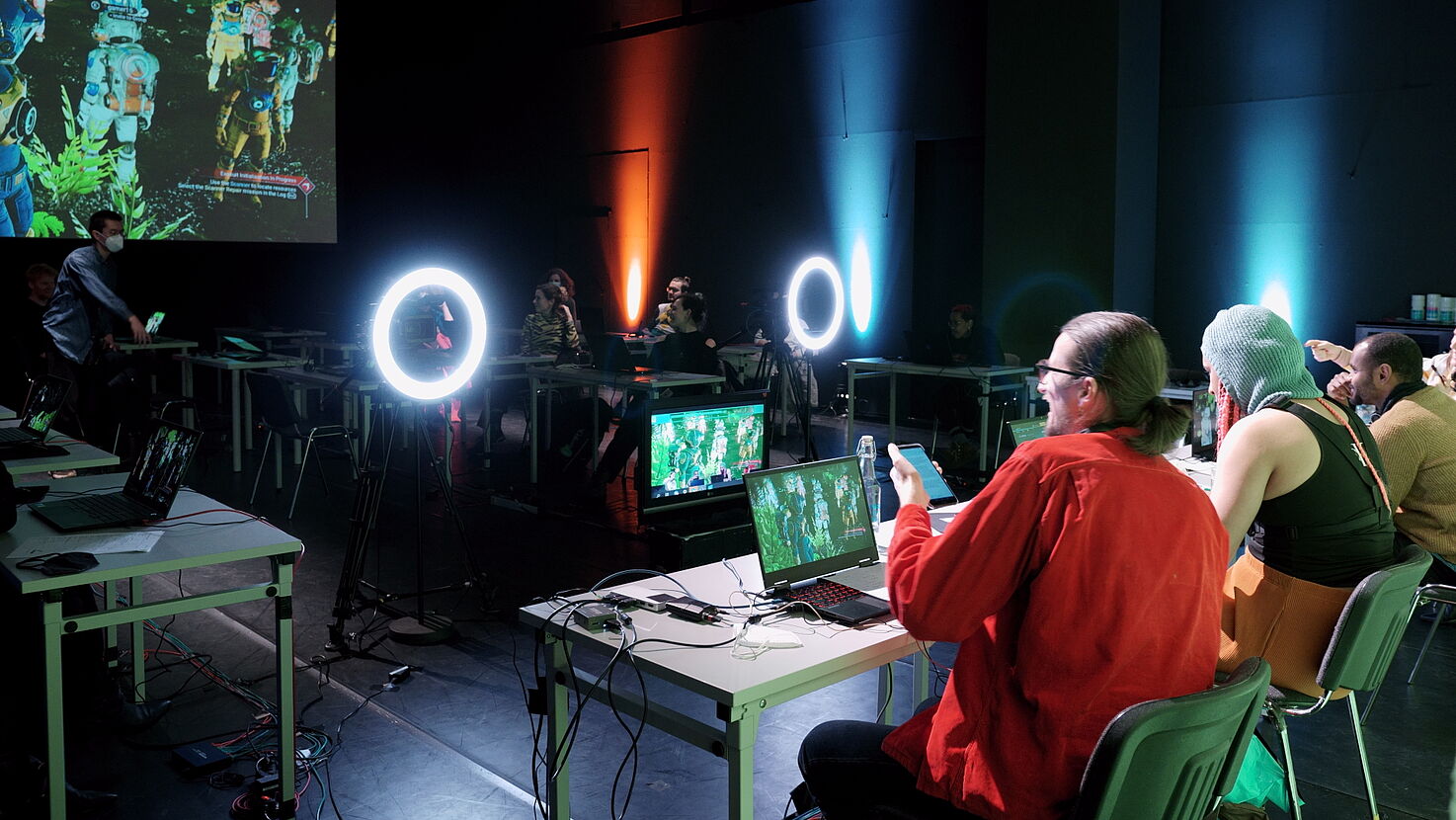 Production: The Mycological Twist und HAU Hebbel am Ufer. Supported within the framework of the Alliance of International Production Houses by the Federal Government Commissioner for Culture and the Media. Part of Berlin Science Week.